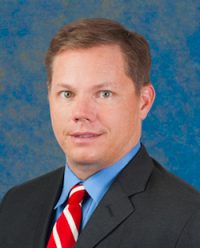 Dr. Koebbe then served as an active duty neurosurgeon in the US Air Force in San Antonio, TX from 2007-2015 completing his service as chief of neurosurgery at the San Antonio Military Medical Center, the largest worldwide referral center for military members and only DoD civilian level 1 trauma center. During his military service, Dr. Koebbe deployed in support of Operation Enduring Freedom to Bagram Airbase, Afghanistan as chief of neurosurgery at the theater hospital. He concurrently worked as a clinical assistant professor in the department of neurological surgery at University of Texas Health Science Center San Antonio. He played a vital role in developing comprehensive stroke and aneurysm care for the south Texas region as well as teaching neurosurgical residents and speaking internationally as invited professor.