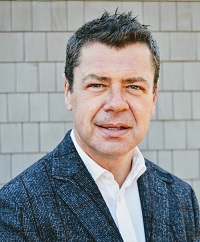 Dr. Luders was born in Fukouka, Japan and moved to the United States at the age of 2. He completed his undergraduate degree from Washington University, in St. Louis. He developed an interest in medicine and began his medical studies at the Royal College of Surgeons, in Dublin, Ireland. He was interested in practicing in the United States and completed his medical studies at the University of Chicago, Pritzker School of Medicine. During his summers off he did research at the National Institutes of Health where he developed an interest in neurological surgery. After completing medical school he did his residency in Neurological Surgery at the Cleveland Clinic.

After practicing reactive medicine for over 10 years he became interested in anti-aging and integrative medicine. He is board certified by the American Academy of Anti-aging Medicine and has developed a passion for improving an individuals quality and length of life through an anti-aging approach to wellness.